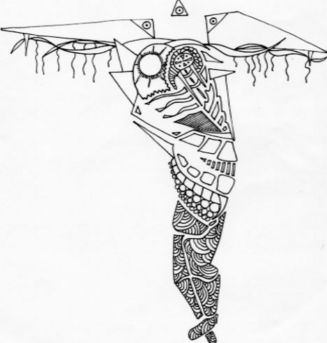 For whosoever shall call upon the name of the Lord shall be saved.    Romans 10:13

Beloved, if you are reading this, and you are hurting because your life is falling down around you and you feel like you just can't go on, ...call on JESUS CHRIST.  Just confess with your mouth that JESUS CHRIST is Lord and that you receive HIM as your Saviour. Call on HIM, repent of your sins  and ask HIM to save you. HE will answer your prayers. It does not matter how bad you think your sins are, just call on the wonderful name of JESUS. He loves you and does not want anyone to perish. (  The Lord is not slack concerning his promise, as some men count slackness; but is longsuffering to us-ward, not willing that any should perish, but that all should come to repentance  2 Peter 3:9.)

That if thou shalt confess with thy mouth the Lord Jesus, and shalt believe in thine

heart that GOD hath raised him from the dead, thou shalt be saved.  Romans 10:9

In 1972 I was saved at the Bel-Ridge Baptist church in Belvedere ,SC. Instead of giving my life to HIM, I continued to live it my way. I grew up a very selfish boy which continued into manhood. I was a fornicator, a thief, a liar and a drug user.. Even though I knew I should be giving up sin and do right by OUR HEAVENLY FATHER, I didn't. Then after I had been divorced for a second time, I fell into a deep depression. I stopped paying bills, (including all of the ones I inherited from divorce), didn't file income taxes, had my car repossessed, phone cut off, had no money and had gotten to the point of getting thrown out on the streets because I could not pay my rent. I owed over $30.000 in bills. Life was spiraling out of control.
Then one night I came to the realization that I was going to be homeless in a couple of weeks. I called my parents home in Georgia to see if I could stay with them until I could get back on my feet... and my mother told me that they did not want me to come live with them. Even after explaining that I would be living on the street, she would not say yes.  I was so scared and full of despair because I didn't know what to do. I was at the end of my rope. When I came back to my apartment, I didn't turn the lights on. I stood in the dark in the dining room and felt like the whole world was collapsing in on me, I started to walk around in a circle and I started to pray. I didn't know what else to do. From somewhere deep inside of me I started praying, "JESUS", help me. I have messed up everything in my life and I don't know what to do. Please take control of my life because I can't do it anymore. As soon as I finished that sentence, I heard a voice from my right say "Harold, don't worry about anything anymore"  I immediately turned to my right to see who just said that. It frightened me because I knew that I was the only person in my apartment besides Drooper my dog, and also the tv and radio weren't running.  But when I turned expecting to see a burglar, there was no one there!! When I didn't see anyone to my right, I turned back around and all of a sudden my body lifted into the air as I could feel a weight being pulled off of my shoulders. It was as if I had been carrying a 200 pound sack of potatoes on my shoulders and didn't realize it. I literally lifted up because of the weight being lifted from me. That is when I realized that the HOLY SPIRIT spoke to me. The COMFORTER that JESUS promised would be there for us until HE came back. It was so incredible. I was so amazed at what happened. I thanked JESUS for revealing HIS presence.

Well, the next day, I get a page from a regional manager of a real estate management company that I had done some

contract work for. I found a payphone and called him. He told me he had a dilemma and he needed my help. It seems the

company managed a 13 room rooming house, a "boarding house"  for college students and they needed a house father to

maintain order and keep the place clean. They wondered if I might know anybody who would agree to live in one of the rooms

and provide house father duties in exchange for free room and board. Are you kidding me? I told them that I would do it and

just like that, I had a place to live.  (Thank You JESUS!)
​(ps. a friend of mine loved my apartment and she paid my 3 months of late rent and took over my lease so I

wound up not breaking my lease.)

table. It was for the "Consumer Credit Counseling Service of North Florida" It said that they could help with credit problems.

I called the number and made an appointment. The counselor took all of my monthly bills and credit cards, cut up the credit

cards and had me pay $155.00 a month to them so they could slowly pay off my creditors. (Thank You JESUS!)
I had prayed to JESUS and told HIM I would no longer mess with woman and would HE bring me a woman when it was HIS will

that I should be with another woman. Months later, a friend thought that I should meet  this girl and he told her that I wanted to

speak to her. She called me and asked what I wanted. We realized that we had been set up but decided that we would meet. We

met at church and had coffee afterwards. We have been married 20 years now!. (A side note, when I was visiting my future wife's

home, I noticed she collected elephants. (ceramic, wood, metal statues and carvings, etc.). All of the elephants had their trunks

down and turned inward. She told me she only likes elephant statues that have the trunk down and inward. When I asked her why,

she said that she didn't know. Several weeks later I was going through some paperwork and I came upon  a book about my family

history and heraldry. And on the cover of the book was my family crest. An elephant with the trunk down and turned inwards!!

Coincidence? I think not! )
About a month later my future wife begged me to go to the IRS to get my income tax situation settled. I went to the local IRS

office and they assigned an agent to come to my home to figure out what I owed the government for not filing for 3 years. An

agent met me at my future wife's home and she went over my finances, assets and liabilities. ​After going over everything, the

agent told me that I owed over $19,000 to the IRS for back taxes, fines and penalties for the 3 year period that I neglected to

file. But then she added  "well, looking at how much  money you make and how you owe, you owe more than you make" and

that what she wanted me to do was file my taxes quarterly instead of annually. and if I did that for 10 years and didn't mess up

on my taxes for the next 10 years, that the IRS would forgive my debt!! Every year I would receive a letter from the IRS stating that

IRS saying the debt was forgiven ) Amazing!!  JESUS said not to worry about anything. Thank you JESUS!!